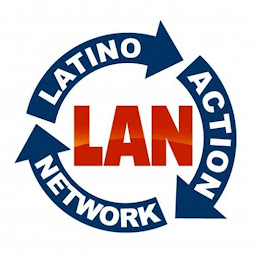 The murder of George Floyd by a Minnesota police officer, in what should have been a routine arrest, has ignited a national debate over the practices of police departments across the country and in New Jersey. One year after Floyd’s death, an AP-NORC poll shows 45% of Americans believe police violence against the public is extreme or very serious.

The shooting death of 14-year-old Adam Toledo by Chicago police has brought police violence against Latinos to the forefront and UnidosUS (formerly the National Council of La Raza) is partnering with Black Lives Matter groups to call attention to the disproportionate rate of Latino deaths at the hands of police officers (27 deaths per million residents for Latinos) versus 36 per million for African Americans and 15 per million for whites).

While many local departments continue to cling to and defend outmoded policing practices, the Latino Action Network recommends the following actions, which we believe will substantially reduce police violence and bring law enforcement strategies into the 21st century:

• Require each county and each municipality of 100,000+ residents to establish Civilian Complaint Review Boards under the control of the Administrative Office of the Courts, with subpoena and investigatory powers as approved by a judge of the Superior Court.

• Enforce mandatory use of body cameras and discipline officers who turn off or manipulate the device in order to obscure an interaction.

• Establish police-mental health collaborations to minimize the use of police officers in situations involving people with mental health or substance use disorders.

• Pass laws that require forfeiture of pension for public servants who commit egregious violent acts or felonies and use forfeited funds to improve community/law enforcement relations.

• Provide “active bystander” training to encourage officers to intervene when witnessing misconduct by another officer and increase safe reporting systems to protect officers who report misconduct.

• Update licensing and decertification standards to increase the professionalization of law enforcement personnel.

• Provide greater and more effective supervision of officers in the field.

• Emphasize the use of non-lethal methods to immobilize and restrain suspects and control crowds. Increase funding for research into the development of new methods for non-lethal restraint of violent or dangerous suspects.

• Increase diversity of police personnel at all levels through statewide mandates that prioritize diversity in recruitment and hiring practices.