TESTIMONY BY THE LATINO ACTION NETWORK BEFORE THE NEW JERSEY ASSEMBLY LABOR COMMITTEE ON JANUARY 24, 2019 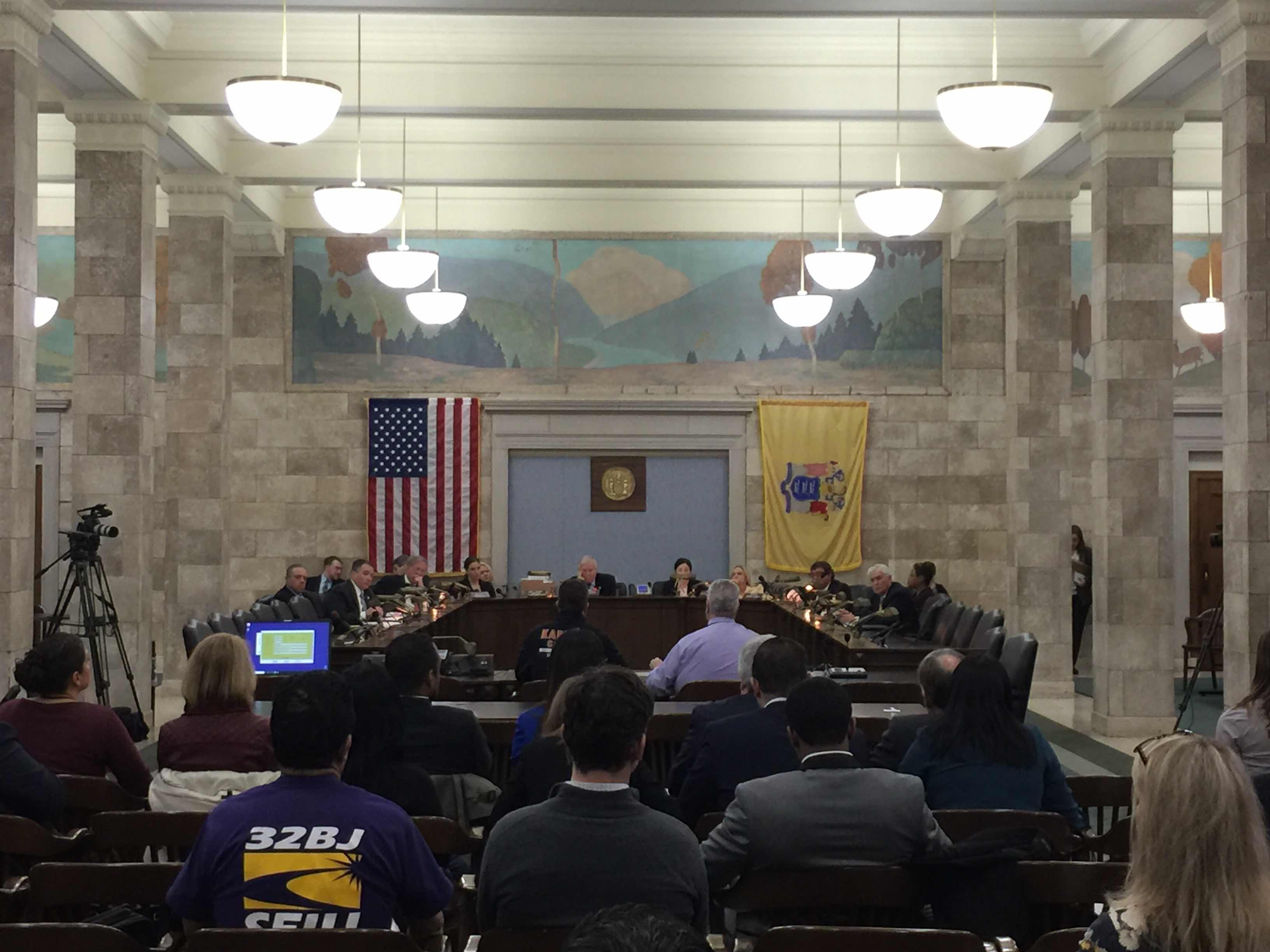 
Good morning, my name is Christian Estevez and I am President of the Latino Action Network.  We are a statewide advocacy organization dedicated to mobilizing New Jersey’s Latino community to seek greater social, economic and educational justice. The Latino Action Network has been working with a broad coalition of organizations that are committed to helping New Jersey’s working poor by getting the minimum wage raised to $15 per hour.

I thank you for the opportunity to testify today in support of Assembly Bill A-15 which raises the minimum wage to $15 per hour within 5 years for most workers.

While we believe that it would be more beneficial to raise the minimum wage to $15 per hour immediately, the pace set forth in this bill for the implementation of the increase is a compromise that we feel we can live with.  It is imperative that we achieve a living wage posthaste.

We also remain concerned about those that will be left behind by this bill, especially farm workers and those that work for small businesses.  The bill collectors do not treat people differently based on where they work.  A gallon of milk costs the same for the person that works for the big corporation and the person that works for the small business or on a farm.  No discounts are given because you earn less.

While this bill is not perfect, we feel that we must support it because the status quo cannot be allowed to continue.

It is unacceptable that hard-working people, including a disproportionate number of Latinos, continue to struggle to meet the most basic of needs.  A person earning the current minimum wage in New Jersey of $8.85 per hour would barely earn $18,000 per year if they worked full-time.  That is below the poverty line as set forth by the federal government for a family of three.  The reality is that the average family in New Jersey has 2.7 children.  That means that in a family with 2 children, both parents would have to work full-time jobs just to keep their heads barely
above the poverty line if they were both earning the minimum wage. Given that New Jersey is one of the most expensive states to live in, earning just above the federal poverty line is just not enough.  Unfortunately, this is a reality for far too many New Jersians.

Latinos constitute 17 percent of New Jersey’s population, yet account for 29 percent of low-wage earners that would benefit from a raise in the minimum wage according to a report issued by New Jersey Policy Perspective, an independent nonpartisan think tank that promotes shared prosperity and widespread economic opportunity in the Garden State.  According to the National Employment Law Project, almost 60 percent of Latino workers make less than $15 per hour.

These numbers speak to the scope of the problem that low wages pose to Latino working families.  While low wages negatively impact workers from all racial and ethnic backgrounds, Latinos are the group that is most disproportionally impacted by this problem.

The scale of the impact that low wages have on the Latino community can be seen in our schools where Latino parents have a difficult time participating in their children’s education since many have to work two or three jobs just to keep their families above water.  As a result, many Latino students fall further behind academically, making it harder for them to get into college so that they can compete for the high-skilled, high-wage careers that are in demand in New Jersey. Instead, far too many young Latino workers are relegated to low-skilled, low-wage work just like their parents.

We have an opportunity to break this cycle by passing common-sense legislation that raises the minimum wage in New Jersey to $15 per hour within the next five years.  If we do not act now, we will relegate too many of our working families to poverty and foreclose on the futures of more generations of the children of the working poor.

Raising the minimum wage will not only help Latino working families, but it will also help Latino owned small businesses and local economies since it will put more money in the pockets of consumers that will spend those dollars on their families’ necessities.  This additional economic activity will lead to job growth and increased profits in communities that are still struggling to recover from the recent economic crisis that was caused by wild speculation on Wall Street.  Raising the minimum wage to $15 per hour will deliver economic stimulus to Main Street where it is needed the most.

We at the Latino Action Network urge you to vote Assembly Bill A-15 favorably out of committee and we hope that your colleagues will support all of New Jersey’s working families by voting in favor of this bill when it reaches the floor of the Assembly.