We are confronting a moral reckoning in New Jersey.

The Garden State remains one of the most segregated states in the country — where too often the color of one's skin determines a person's future.

This system of de facto segregation is undergirded by a long history of exclusionary zoning practices by suburban municipalities seeking to keep low-income residents confined to struggling inner cities, where they are unable to take steps toward achieving the American dream in the form of safe neighborhoods, good schools and access to jobs. 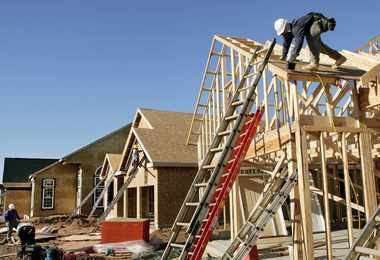 In a unanimous decision, the court re-energized the strongest tool we have in the fight against segregation and exclusion. The principle, known as the Mount Laurel Doctrine, mandates that suburban municipalities across New Jersey do their fair share to provide housing opportunities for working families, seniors living on fixed incomes and those with disabilities.

Yet a core group of recalcitrant municipalities have taken a different path and decided to fall back on the same tired tactics of exclusion to delay the construction of new housing and to water down their obligations as much as possible. They would waste untold thousands of dollars in taxpayer funds in expensive and ugly litigation rather than fulfill their legal and moral mandate to build a more inclusive New Jersey.

These municipalities are arguing, incredibly, that they shouldn't have to address the demand for housing that accumulated during the 15-year period when New Jersey's housing laws are in flux. Instead, they want to be rewarded for their years of delays and are asking for permission to simply ignore the tens of thousands of families experiencing poverty during this time.

Three trial court judges — in Mercer, Middlesex and Ocean counties — have already correctly rejected such extremist arguments. Today, a three-judge panel of appellate judges was to take up the case.

While these towns are couching their arguments in complicated legal jargon, the impact of their position is clear. If successful, they will be able to effectively eliminate up to 60 percent of the state's housing need — meaning many New Jersey families will never be able to realize their dream of moving into a permanent home.

Our state's fair housing laws aren't just abstract principles. They represent real hope to tens of thousands of New Jerseyans — disproportionately African-Americans and Latinos — who have been systematically excluded from employment and educational opportunities.

The Supreme Court's strong decision cut through a mess of bureaucratic and political gridlock that had kept fair housing regulations from operating effectively for more than 15 years. The justices were clear: The constitution of the state of New Jersey required towns to step up and do more to ensure that all New Jerseyans can benefit from the prosperity so many of its communities have to offer. 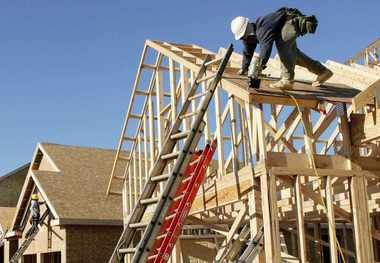 As a result of this ruling, we are now finally starting to see towns make significant strides forward in increasing opportunities for New Jersey families. More than 10 municipalities across the state have agreed to permit nearly 8,000 homes to be built to meet the state's growing demand.

These settlements will provide thousands of working families, seniors and those with disabilities with homes in thriving communities for the first time. They represent a model for other towns to follow – and many more are currently involved in constructive discussions with developers and housing advocates about how they can provide additional opportunities to our families.

ZIP code matters. Where you live has a disproportionate impact on your life trajectory — including your educational prospects, your employability, your access to health care and healthy food, your likelihood of incarceration and your life expectancy.

The violence that plagues our urban communities falls disproportionately on the backs of young black and Latino men who, on account of their ZIP code, have been deprived of the opportunities they need to succeed.

We call on the courts to continue to protect the rights of these families and to continue to hold towns accountable to the letter and the spirit of New Jersey's Constitution.

Christian Estevez is the president of the Latino Action Network..

[This Op-Ed below appeared on NJ.com on June 6, 2016. You can read the original article on their website at: http://www.nj.com/opinion/index.ssf/2016/06/nj_civil_rights_leaders_blocking_affordable_housin.html]