For safety of all motorists, N.J. provide licenses for undocumented drivers | Opinion | NJ.com 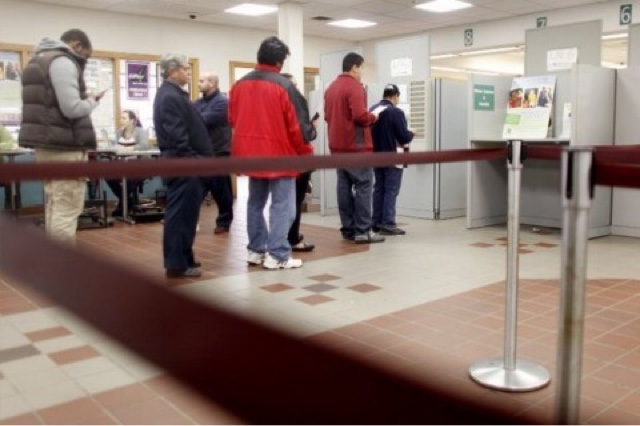 For safety of all motorists, N.J. provide licenses for undocumented drivers | Opinion

If we told you that there were tens of thousands of drivers on New Jersey's roads driving without a license, you might not be surprised. But if we told you that the laws of the state are actually designed to put these folks on the road without being properly tested, licensed and insured, you'd probably be shocked and angry – and hopeful that our state leaders would fix this public-safety problem.

Many of the individuals you see every day in your neighborhood and community are driving without a license just to complete daily tasks necessary for the well-being of their families. These New Jerseyans are raising families and working hard in the state. But ensuring all New Jersey drivers are licensed doesn't just benefit New Jerseyans who can't prove legal status – it benefits all of us who share the state's roads with them every day.

Over half a million people in New Jersey are undocumented immigrants. That means about 1 in every 20 people here lack proper documentation, due to a lack of progress on comprehensive immigration reform. But it is plain silly – and unsafe – to allow Washington to prevent Trenton from taking an approach to immigration that properly reflects our state's reality.

We are encouraged to say that 18 mayors have approved resolutions to create safer roads for everyone and hold them accountable for their driving record, and more will join the list of supporters. In May, Union County became the first county in the state to pass a resolution in support of allowing all New Jerseyans – regardless of citizenship status – to apply for a special license. Hudson County soon followed. But the state must take the ultimate step of making this pragmatic policy a reality.

Assemblywoman Annette Quijano (D-Union) is leading the efforts in Trenton to create a common-sense solution. She has introduced a bill creating a limited New Jersey license that would allow people to drive legally and verify their identity. This bill is aimed at letting residents drive. It would not to be valid to board an airplane, apply for government benefits or work in the U.S. legally. With this license, New Jersey will still uphold our federal laws while taking a step towards greater public safety – in fact, the Department of Homeland Security has approved a similar license in California.

New Jersey could join twelve states and the District of Columbia in passing similar legislation to allow undocumented residents the opportunity to be tested, trained, licensed and insured. New Mexico, Washington and Utah – states with the longest implementation of similar laws – have seen a reduction in accidents that involved unlicensed drivers. In addition, Utah has seen undocumented immigrants get insurance almost at the same rate as those with regular licenses.

Allowing access to apply for this limited license could lead to more New Jerseyans to interact and cooperate with law enforcement, such as reporting crimes they witness or are victims of. This, in turn, will make our communities safer.

One of the first procedures when we stop someone in the road is to establish identity. If the person lacks a valid driver's license we are not able to determine a person's driving record and thus a person may not be held accountable for their driving record. This policy will also allow all of us in law enforcement to focus on more serious public-safety manners instead of taking hours to establish who someone is.

Our state should be open to having over a half a million people living in the state come forward, go through the proper channels, pass a driving test, get insurance coverage, register their car and drive safely. The state of New Jersey can't deport half a million people, we can't arrest them all, we can't separate thousands of families, but we can help make sure that everyone who is on our roads is driving legally and safely.

Joseph Cryan is Union County Sheriff and a former member of the New Jersey Assembly.