President Trump is threatening to take federal money from towns -- including many in New Jersey -- that refuse to join his extremely costly mass deportation system.
http://www.nj.com/opinion/index.ssf/2017/03/nj_towns_shouldnt_be_forced_to_help_fund_trumps_ma.html

Star-Ledger Guest Columnist
Attorney General Jeff Sessions announced Monday that the Trump administration will "claw back" funding to so-called "sanctuary cities" if they refuse to inform Immigration and Customs Enforcement officials after placing an unauthorized immigrant in custody. (Photo by Shawn Thew | EPA)

By Rudy A. Rodas

President Trump is threatening to take federal money from towns -- including many in New Jersey -- that refuse to join his extremely costly mass deportation system.

Let's be clear. The issue of "sanctuary cities" is not a problem because towns want to protect noncriminal immigrants.  The problem is that Trump is forcing towns to spend their money and resources on his deportation force.

Taking federal funds away from municipalities that do not comply could put the jobs of local police officers and teachers at risk. This is a bad policy by the federal government -- a problem that needs an immediate bipartisan response from New Jersey elected officials.

Democratic State Sen. Brian Stack has proposed legislation to help municipalities pay their bills if Trump withholds federal funds. A separate state fund would replace these losses. Unfortunately, Republicans across the board have refused to support this legislation.

Gov. Chris Christie threatened to veto the bill. Gubernatorial candidate and Assemblyman Jack Ciattarelli stated that he believes in compassionate immigration reform, but he also stated he is against this legislation. He claims towns that adopt policies like sanctuary cities place public safety at risk and cost New Jersey taxpayers billions. 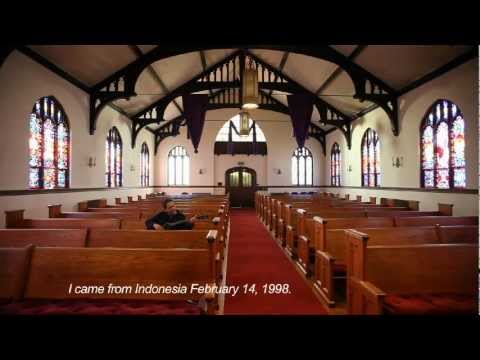 Ciattarelli's reasoning does not make sense. Towns do not want to help Trump because it is a waste of their money and resources to focus on people who are not a threat to public safety. They want to spend money on education, community activities, road improvements, and local public safety initiatives. They also want to maintain the trust between police and the undocumented communities that help keep their neighborhoods safe.

This fiscal year, municipalities in the state are expected to receive $15.7 billion in federal funds. Trump is threatening towns to either spend time and money on helping him deport people or lose these federal funds. Either way, these towns will not be able to use this money to make positive improvements in their community.

It actually is more expensive for taxpayers if towns agree to become a part of Trump's mass deportation system.

There are 500,000 unauthorized immigrants in New Jersey. Many have been in New Jersey longer in their countries of birth. Many are married to U.S. citizens and have U.S. citizen children. They haven't applied for legal status for risk of being separated from their family. Despite their challenges, they work hard at their jobs, start businesses, coach their kids' sports teams, volunteer at their churches, and pay their taxes. (According to the Institute on Economic Policy and Taxation, New Jersey's undocumented immigrants contribute nearly $600 million in state and local taxes).

It is state taxpayers and the economy that will face the financial consequences of the federal government's plan to uproot thousands of families. U.S. citizen children left behind will become wards of the state. They will require additional government, social, and educational resources.

Multiple sectors of the economy will suffer from the labor shortage.  A study by the Center for American Progress showed that if all unauthorized immigrants from New Jersey were deported, the state economy would lose almost $26 billion in annual gross domestic product.

In its entirety, Trump's mass deportation program of raiding, arresting, and jailing will destabilize our state economy and cost New Jersey taxpayers more money than we have to spend.

New Jersey lawmakers should draw lessons from their recent bipartisan efforts to treat wide-spread opioid addiction in the state.

Christie chose to spend state funds on rehabilitating nonviolent offenders because it costs more to incarcerate them. He also recognized the emotional hardships families suffered and wanted to focus on keeping families together.

Along the same lines, it will cost less taxpayer money for the state government to support towns that want to spend funds on improving their communities instead of causing hardships to thousands of families.

Last November, the majority of New Jersey voters did not vote for Donald Trump. We proved our belief in compassion, equality, and strong family values.

Now, the Trump administration challenges our values. Trump believes in wielding a heavy hand. He wants to arrest and jail his way out of problems no matter the cost to taxpayers.

This is bad policy for New Jerseyans, it's a bad idea for the nation.

Rudy A. Rodas is chairman of the Immigration Committee at the Latino Action Network, a New Jersey coalition of Latino organizations dedicated to political empowerment, the promotion of civil rights, and the elimination of disparities in the areas of education, health, and employment.

In a recent meeting with The Record’s editorial board, Lieutenant Gov. Kim Guadagno called the movement to get cities and towns to designate themselves as sanctuaries for immigrants a “political stunt,” saying that the declarations would not prevent customs officials from enforcing immigration laws and detaining undocumented immigrants. Guadagno misses the point of these designations and exposes her lack of understanding of New Jersey communities with large immigrant populations.
http://www.northjersey.com/story/opinion/contributors/2017/03/23/kim-guadagno-misses-point-sanctuary-cities/99528570/

In a recent meeting with The Record’s editorial board, Lieutenant Gov. Kim Guadagno called the movement to get cities and towns to designate themselves as sanctuaries for immigrants a “political stunt,” saying that the declarations would not prevent customs officials from enforcing immigration laws and detaining undocumented immigrants. Guadagno misses the point of these designations and exposes her lack of understanding of New Jersey communities with large immigrant populations.

Cities are designating themselves as “fair and welcoming” out of a sincere desire to improve public safety for all residents by creating trust between immigrants and local law endorsement. President Donald Trump is trying to bully towns into doing the work of federal border patrol agents by threatening to withhold federal funds if they do not. The threat of Immigration and Customs Enforcement (ICE) raids alone has created a chilling effect in many communities throughout New Jersey and the nation as a whole. This fear is compounded by the idea that local police are actively helping ICE round up immigrants for deportation.

When trust between local law enforcement and immigrant communities breaks down, everyone in those communities suffers because immigrants become more reluctant to report crimes or act as witnesses to crimes out of fear of being deported if they come in contact with police. This makes it harder for the police to solve crimes and protect the community as a whole.

STILE: Candidates for governor play it safe, skimp on details

WHAT TO KNOW: Sanctuary cities in N.J.

Throughout New Jersey, immigrants and their allies are asking municipalities to designate themselves as “Fair and Welcoming Communities” meaning that they will take a series of common-sense steps to enhance public safety and community policing efforts, decline voluntary assistance in federal deportation efforts, protect privacy and promote nondiscrimination at the local level.  These steps include establishing policies declaring that civil immigration enforcement is a federal responsibility and local officials will not voluntarily participate in or assist in federal immigration enforcement efforts.

These policies should also include strong privacy protections to ensure that municipal agencies and agents do not inquire about, maintain records about, or share confidential personal information, except where otherwise required by state or federal law, regulation, a directive or court order.  These policies should seek to strengthen protections against biased-based profiling and seek to strengthen non-discrimination protections in the provision of municipal services and the equal application of the law.  In addition, these policies seek to bolster community policing efforts by establishing procedures for U visa certifications, which protect immigrant victims of crime and encourage greater community cooperation with law enforcement efforts.

Guadagno’s statements are even more disturbing given that her office oversees the New Jersey Center for Hispanic Research and Development. After seven years overseeing the CHRD, the lieutenant governor has learned nothing about the Latino community or the needs of the many immigrant and mixed status families that make up the Latino community.

At a time when she should be condemning Trump’s attempts to use local police to bulk up his deportation forces, she is instead trying to dissuade immigrant communities from seeking service and protection from those who are sworn to provide it.Nothing has changed for Guadagno, who as the sheriff in Monmouth County prior to being elected as lieutenant governor, instituted what is known as the 287(g) program, which allows states and local governments to partner with ICE by delegating authority to the local level.  Instead of standing up against Trump's destructive policies, she is aiding the president in his attempt to tear immigrant families apart.  By telling immigrants to stand down for fear of retribution from Trump, Guadagno shows a total lack of courage or leadership.Christian Estevez is the president of the Latino Action Network, a broad, statewide coalition of individuals and organizations dedicated to Latino political empowerment, the promotion of civil rights and the elimination of disparities in the areas of education, health, and employment. It was founded in 2009.