You are cordially invited to the Latino Action Network’s Annual Legislative Conference. The conference will take place on Saturday, January 31, 2015 at the Crystal Room, Robert Treat Hotel Conference Center in Newark, New Jersey.

2015 LAN Legislative Conference Online Registration Form
The event will include a full program, with keynote presentations and dynamic workshops with panels discussing a full array of issues of great importance to New Jersey's Latino community.

Our Keynote Speakers will be:


We expect an audience of over 200 persons, including Latino elected officials, civic and community leaders interested in developing a shared vision for New Jersey.

This Legislative Conference is hosted by the Latino Action Network (LAN) in collaboration with The Latino Institute, Inc., a private, non-profit, charitable organization, and the Latino Coalition, a member organization of the LAN.

Please click in HERE to register for the LAN Legislative Conference or go to:

2015 LAN Legislative Conference Online Registration Form
You can also contact Carmen Torres at973-273-0273 or via email at carmentorres50@optimum.net if you have any questions about the program.

We are looking forward to presence, as we work together to benefit the Latino community. 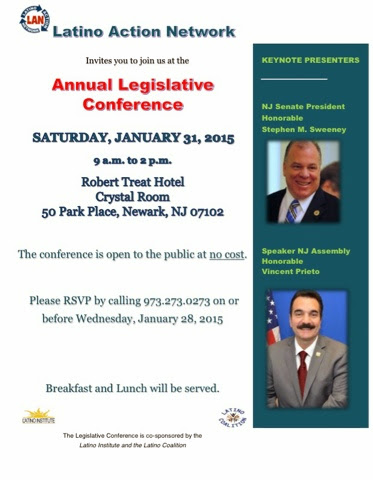 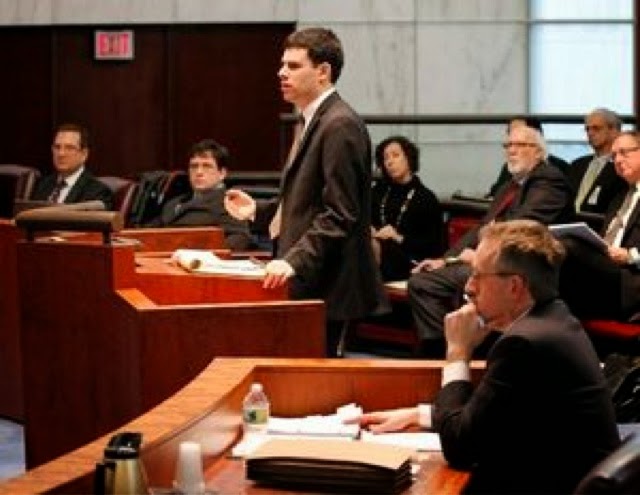 For the past five years, the Christie Administration has, at every turn, tried to undermine New Jersey’s Fair Housing Act, which guarantees that communities cannot use unfair land-use laws to keep out lower-income families, seniors and people with special needs. It is clear Gov. Chris Christie is opposed to this law. He called the original lawsuit that led to it, brought by two local chapters of the NAACP against Mount Laurel Township, an “abomination.” The NAACP acted, at that time, to prevent the displacement of a vibrant African-American community with a long history in the region.

It is unfortunate the Governor believes this lawsuit was inappropriate. The Christie Administration has gone so far as to obstruct and refuse to enforce laws emanating from that original civil rights decision. This is a dangerous precedent. Christie appears deeply committed to undermining the principles of the law and circumventing the legal system. First, he went to the Legislature and tried to change the law, but they refused to undercut basic civil rights protections. Then he went to the courts and tried to argue he did not have to comply with the law. The New Jersey Supreme Court ruled in September 2013 that he did. So now the Governor is attempting to defy both the Legislature and the courts by simply not acting in accordance with existing laws.

The Supreme Court heard arguments on the issue on Jan. 6. The Court thus should move forward with the only realistic option in front of it – allow the courts to directly hear fair housing challenges, instead of having them stalled in an administrative process going nowhere.

Christie appears deeply committed to undermining the principles of the law and circumventing the legal system.

On the last day of that five-month period, the Christie Administration asked for an indefinite extension to develop rules. The Supreme Court granted an extension, but put a time limit on it, saying that if rules were not finalized by Nov. 17, then the Court would consider taking steps to enforce the law through the court system directly.

The Christie Administration next proposed rules that were transparently ridiculous. Towns' fair housing obligations would be based on a spreadsheet that was supposedly “lost.” Land in Monmouth County was mislabeled as being in Ocean County. The State disregarded its own official growth projections to manipulate housing requirements so they were as low as possible. The state also assumed that growth would only occur and lower-income people would only live on undeveloped farms or forests, when in recent years the majority of development in New Jersey has been redevelopment of existing land in places like Montclair, Summit and Red Bank.

After public hearings drew angry responses and the Christie Administration received more than 3,000 comments, they refused to make changes to correct these flaws. But fortunately, half the members of the Council on Affordable Housing, which had ultimate authority over the proposed rules, refused to go along with such an obvious attempt to undermine the Fair Housing Act. As such, no rules were adopted by the Nov. 17 deadline, and the State failed to comply with the Supreme Court’s deadline even after the extension.

Now, the Supreme Court is considering what to do next. There must be no more extensions or delays. Tens of thousands of people waiting for a decent place to live - a number made significantly bigger after Superstorm Sandy - have waited long enough. The Christie Administration’s process is a dead end, and the regulations that were proposed were not a good faith response. It is time for the courts to ensure that their decisions are followed, and directly enforce the state’s fair housing laws since the Christie Administration apparently refuses to do so.

The original article can be found at: