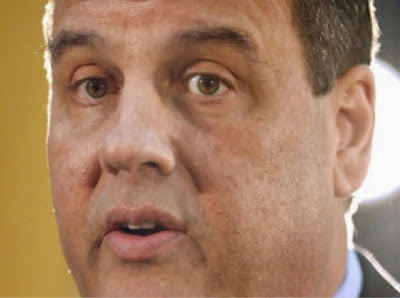 Gov. Chris Christie's sinking presidential aspirations have led him to join a federal lawsuit seeking to block the temporary relief from deportation for millions of undocumented immigrants working hard to build a new life in the United States. It is another desperate ploy along the campaign trail for a governor that in recent weeks has settled an environmental lawsuit with a potential donor for billions less than anticipated and has had the New Jersey Supreme Court strip his administration of its ability to enforce fair affordable housing standards.

Immigrants are just another stepping stone for the governor.

This latest politically motivated action counters the impact of the In-State Tuition Equality Law he signed in December 2013 which allows undocumented students educated in New Jersey schools to pay in-state tuition rates. By entering the lawsuit against President Obama's executive action, Gov. Christie puts our state on the side of those fighting against regulations that would give undocumented students permission to work legally in the United States, thus hindering their ability to pay for their college education.

The Deferred Action for Parents of Americans and Lawful Permanent Residents (DAPA) and the expansion of Deferred Action for Childhood Arrivals (DACA) are the two major programs arising from the president's executive actions. They grant deportation relief and work authorization to the parents of U.S. citizens or legal permanent residents and to undocumented students who arrived in our country as children. These programs were created by President Obama in response to Congress's failure to pass comprehensive immigration reform.

While the president cannot make laws, as part of his executive powers he has the discretion to determine immigration enforcement priorities. This executive power has been used in the past by both Republican and Democratic presidents to create temporary immigration relief programs. DAPA and DACA were created as temporary means to stop the separation of families and maximize the economic potential of undocumented immigrants contributing to our society.

When Gov. Christie signed the In-State Tuition bill, he articulated these same goals as the basis of his support of undocumented students: "Even if you're cold-hearted about this, you can agree with the common sense of the economics" he said. "Our job, I believe, as a government, is to give every one of these children, who we have already invested hundreds of thousands of dollars in, an opportunity to maximize that investment." DACA and DAPA further accomplish these economic goals on a national and state level by increasing the Gross Domestic Product, reducing the deficit, raising tax revenue and raising average wages.

It’s illogical for Gov. Christie to fight against these economic benefits at a time when the state suffers.

Nationally, the White House Council of Economic Advisers (CEA) estimates that over the next 10 years, these programs will increase gross domestic product by between $90 and $210 billion. The Center for American Progress estimates that DAPA could increase payroll tax revenues by to $21.2 billion over five years. In New Jersey that translates into $136 million in tax revenues over five years and the state's gross domestic product would increase by between $2.9 billion to $6.8 billion over the next ten years.

It's illogical and irresponsible for Gov. Christie to fight against these economic benefits at a time when the state suffers from sluggish state job recovery, successive downgrades of New Jersey's credit ratings, Atlantic City casino closures and an inability to pay into the pension fund. More importantly, the executive action programs provide an alternative revenue raising measure that does not involve raising taxes or slashing spending. Instead of developing economic policies that are beneficial for all New Jersey residents, Gov. Christie has wasted political capital by taking a stance that is tantamount to the endorsement of passive deportation that targets vulnerable, undocumented immigrants once advocated by failed presidential candidate Mitt Romney.

With an eye on the upcoming presidential elections, Gov. Christie actively courted the state Latino vote. Since he was re-elected handily by winning a majority of the statewide Latino vote, the Latino community and immigration advocates made it clear that in-state tuition equality was a policy priority. They compromised with Gov. Christie by reluctantly agreeing to a bill that did not include state financial aid for undocumented students. Similar to his failure to make pension payments and abandonment of his own Pension Reform Law, Gov. Christie has demonstrated a failure of leadership by abandoning both his own immigration policy and the community that made his presidential prospects viable.

Rudy A. Rodas, Esq., is the co-chair of the Latino Action Network's Immigration Committee.