She began her career as a law clerk to federal judges on the Southern District of New York, the Second Circuit, and finally Justice Ruth Bader Ginsburg on the U.S. Supreme Court. She went on to become a highly experienced appellate litigator both for a global law firm (Orrick, Herrington & Sutcliffe LLP) and at the ACLU, where she worked on cases involving voting rights and civil rights.

“At times like these, when the civil rights of people of color are under attack throughout our nation, it is refreshing to see such a strong fighter for equality nominated to the highest court in our state.”, said Latino Action Network President Christian Estevez. “Rachel Wainer Apter has time and again proven her commitment to protecting the most vulnerable, including immigrants.”

Rachel Wainer Apter’s work on behalf of immigrants include:

• Successfully argued on behalf of New Jersey in federal court against Texas’s efforts to end the DACA program for Dreamers;

• Principal drafter of the Immigrant Trust Directive, ensuring that victims and witnesses can report crimes without fear of deportation;

“The New Jersey Supreme Court will be stronger with the addition of such a highly qualified and accomplished jurist.”, concluded Estevez.

LAN is a broad, statewide coalition of Latino organizations dedicated to political empowerment, the promotion of civil rights, and the elimination of disparities in the areas of education, health, and employment. It was founded in 2009. 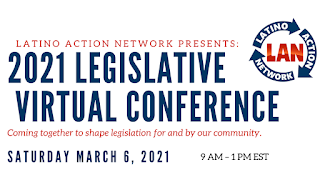