The Latino Action Network (LAN) has sent a letter to New Jersey Governor Chris Christie urging him to withdraw his support for a lawsuit challenging President Obama's Executive Action for immigrants.  The lawsuit, filed by 26 states, has led to an injunction of the Executive Action on DACA and DAPA, delaying relief for immigrant families in New Jersey.

Please join us in calling on Governor Christie to withdraw his support for the lawsuit against Executive Action for Immigrants by signing the petition below: 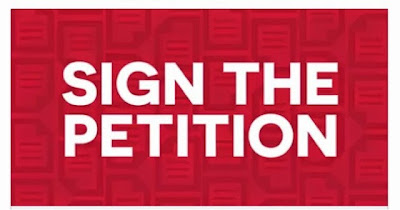 Governor Christie yesterday, in a cynical political ploy, entered New Jersey into a federal lawsuit aimed at blocking an executive order by President Obama allowing some undocumented immigrants to remain in the country without fear of deportation. The move underlies the hypocrisy Governor Christie has always displayed towards the Latino community. To national audiences he has proclaimed himself a candidate with appeal in the Latino community while guarding any details about his national policies on immigration. New Jersey’s entry into the lawsuit, although nearly 20 percent of the state’s population are Latinos, should serve as a wake-up call to anyone in the community that considers him a friend.

Christie’s efforts to secure the Republican presidential nomination have led him to undermine one of the most significant bills he signed into law during his tenure as the State’s Chief Executive. When Christie signed the In-State Tuition Equality bill in 2013 at Union City High School, he essentially articulated the need for immigration reform as the basis of his support of undocumented students. The Governor said at the time:  “Even if you're cold-hearted about this, you can agree with the common sense of the economics.” “[O]ur job, I believe, as a government, is to give every one of these children, who we have already invested hundreds of thousands of dollars in, an opportunity to maximize that investment.”

By fighting against the expansion of executive programs that would give undocumented students permission to work legally in the United States, Christie is hindering these students’ ability to pay for their college education.


LUPE invites you to participate in this year’s Elección Latina (Ready to Run) at Rutgers University (Douglass Campus Center, New Brunswick, NJ) on March 13 and 14, 2015. 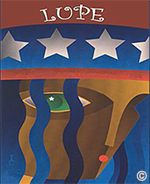 Part of LUPE’s mission is to increase the number of Latinas in public service through various channels. Whether you are interested in running for elected office now or in the future; if you are interested in working on a political campaign or would like to serve on a board or commission; Elección Latina (Ready to Run) will provide you with essential tools to better prepare you for the challenges ahead if public life is your passion. All attendees will also get the opportunity to learn from and network with many Latina trailblazers.


What:    Elección Latina (Ready to Run)