By TAP INTO PISCATAWAY STAFF

TRENTON, NJ - Housing and community advocates along with parents and concerned residents, urged Governor Christie and the State Legislature to include $10 million for lead prevention in the upcoming state budget. In a letter sent to State leaders today, advocates say the number of children exposed to toxic lead warrants full funding of the Lead Hazard Control Assistance Fund (LHCAF).

“Thousands of New Jersey children are being exposed to lead because this administration has failed to fund even the paltry amount that is dedicated, by law, to solve our childhood lead poisoning crisis,” said Staci Berger, president and chief executive officer of the Network. “We are glad the governor has now said he’ll keep lead prevention in the budget if it’s a priority for our residents. More than 100 community leaders from around the state are writing to the governor and legislative leaders to make clear that protecting our children from a known, entirely preventable but permanent and devastating poison, is all of our priority.”

Created in 2004, the Lead Hazard Assistance Control Fund was created by the State of New Jersey to remediate older homes that contained lead paint. However, more than $50 million has been steered into the general treasury since 2009, instead of the LHCAF as required. State law mandates that fifty cents per gallon from the retail sale of paint must go towards the LHCAF.

"By diverting funds for six years, Governor Christie has allowed thousands of NJ children to be needlessly poisoned by lead,” said Ann Vardeman, program director for New Jersey Citizen Action. “We hope there will be a renewed focus to take the opportunity to right a wrong and include funding for lead poisoning prevention in the budget he proposes to the Legislature on Tuesday."

“Water is not the only way children are lead poisoned,” said Elyse Pivnick, director of environmental health for Isles, Inc. “In NJ, our primary source of lead poisoning is chipping and peeling lead paint applied many years ago in homes that are not well maintained. The best way to prevent lead poisoning is to remove the source of lead exposure, so the lead hazard control fund is an important resource to make homes lead safe.”

In executing weatherization for energy conservation measures, we encounter lead in many of the older homes throughout Metro Newark,” said Raymond Ocasio, executive director of La Casa de Don Pedro. “The program funding and the applicable health and safety standards allow us to only remediate a limited portion of the lead contamination conditions that families might face. For instance we might only replacing windows with lead using lead safety measures.  However, more often than not, lead still remains in other areas of the home because program constraints prevent us from addressing them.

In the letter to state leaders, advocates also urged support for legislation sponsored by Senator Shirley Turner (D-Hunterdon/Mercer) that would enable municipalities to inspect one and two bedroom family rentals for lead. Combined, with the LHCAF, the two measures would expand prevention efforts in New Jersey.

“The communities in which childhood lead levels rival those in Flint are home to thousands of Latino families.  Lead poisoning is an epidemic for Latino children and their parents in these neighborhoods,” said Christian Estevez, president of the Latino Action Network. “We need the Governor and our elected officials to ensure that all of our children are protected from lead poisoning and that our communities have the resources to address this crisis.”

“Access to homes that are safe and affordable for families, especially in our urban areas, has always been part of the fight for civil rights,” said Richard T. Smith, president of the NAACP New Jersey State Conference. “Funding for lead prevention helps ensure that African-American kids can grow up without the threat of toxic poisoning from their own homes.  There is no greater priority than the healthy future of our children.”"The job of keeping these children safe is a responsibility that lies on all of us – not on the thousands of mothers whom I know would do ANYTHING in their power to keep their kids safe,” said Serena Rice, executive director of the Anti-Poverty Network of New Jersey. “But the tragic reality is that it’s not in their power. They need our help.”To view the letter and for more information on the Lead Hazard Assistance Control Fund including data from Isles, Inc., visit www.hcdnnj.org/lead.

For more information on the Network, visit www.hcdnnj.org.

The Latino Action Network [LAN] today endorsed the nomination of attorney Emilia Perez to the Trenton Municipal Court.  Perez is not only competent and respected among the legal community but will alsoallow Trenton’s Municipal court to better reflect the residents it serves.

​Perez who is a graduate of Seton Hall Law and a former Judicial law clerk for the Honorable Bradley J. Ferencz has been nominated by, Trenton’s Mayor Eric Jackson, to the position of Municipal Judge.  Perez has served since 2008 as Assistant Corporation Counsel,and since 2012 as Assistant Municipal Prosecutor for the City of Newark.

​​“We commend Mayor Eric Jackson for nominating a qualified Latina to serve as a municipal judge in Trenton. The state's Capital has a population that is over 30% Latino, yet has not had a Latino judge serving on the bench for a very long time,” said Latino Action Network President, Christian Estevez. “However, the nomination of Emilia Perez helps insure that those applying and interpreting the laws also represent the community’s racial and ethnic diversity.”

Estevez urged the Trenton City Council to promptly vote to confirm Perez saying, "The appointment of Emilia Perez is a step in the right direction toward alleviating the severe underrepresentation of Latinos at all levels of New Jersey's judiciary." He added that, "The Latino Action Network will continue its efforts to remedy this lack of Latino judges, an ethnic group which represents almost one-fifth of the state’s residents.”

​The Latino Action Network was founded in 2009 to fight for political empowerment and defend civil rights. 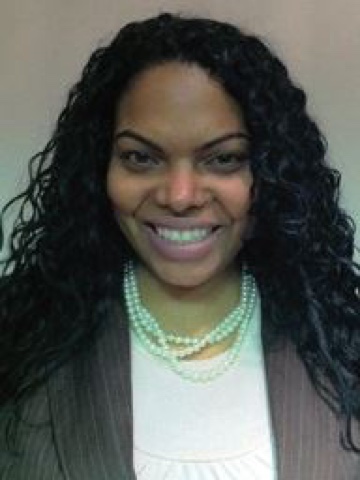