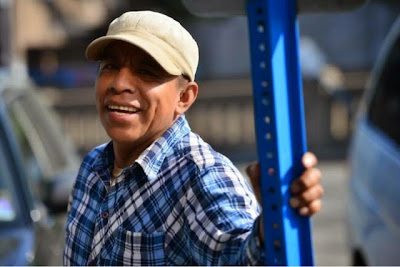 Governor Christie says granting driver’s licenses to immigrants in the country illegally is a homeland-security issue, so he won’t approve it.

Advocates agree on the security point. But they argue that ensuring such drivers are licensed and trained also is a matter of everyday safety to all New Jerseyans. And they are pointing to California — which has extended federally reviewed and approved driving privileges to its residents in the country without permission — as a model for New Jersey.

“This is not just an immigration issue, but a public-safety issue, and this will benefit everyone who is on the road,” said Jackie Zapata, advocacy coordinator for Wind of the Spirit, a non-profit in Morristown and part of a coalition pushing for legislation in New Jersey. “There is a huge need for this, and people are asking, ‘When?’”

A new bill to change the law in the state was introduced this month. But it already has its critics, who say any legislation that extends driving privileges to immigrants who live in the country illegally goes against federal immigration laws and that it will bring its own set of security concerns.

Advocates have been lobbying municipal officials this year. They say the legislation will not only make roads safer, but will require that newly legal drivers be insured. And because driver’s licenses cost $24, they said, the state will collect more revenue through the Motor Vehicle Commission.

The Record found immigrants in the country illegally who said they drive without licenses because they have to, for work and in raising children. But whenever they drive, some said, they fear being stopped.
“Every day, I recommend myself to God,” said Sugey Chavarria of Paterson. “It’s trauma for people to live in the shadows and to drive without a license, but it’s a necessity.”

Christie called driver’s licenses the most important form of identification and said he wouldn’t give them to people “who I cannot be sure who they are.”

“I am not doing it, and I don’t care how much income I lose. Because if I wind up compromising the homeland security of the state of New Jersey for some revenue from MVC through driver’s licenses, I would not be doing my duty,” he said last month on his monthly radio show on 101.5 FM. “As long as I’m governor, folks who are undocumented are not getting driver’s licenses, and I’ve said that from the beginning.”

But Johanna Calle, program coordinator at the New Jersey Alliance for Immigrant Justice, said that under the proposed law, the licenses would be federally approved, and pointed to California’s driver’s license for immigrants in the country illegally, a system approved by the federal Department of Homeland Security.
California licenses bear the words “FEDERAL LIMITS APPLY,” and that is the type of licensing advocates seek for New Jersey, she said.

“Homeland Security gets to vet this, and this is for the purposes to drive,” she said. “Our goal is to change the governor’s mind, absolutely, and get him to approve it. … If he sees the issue for what it is, I don’t see why he wouldn’t support it.”

Last year, Assemblywoman Annette Quijano, D-Union, submitted a bill that would have extended driving-privilege cards to immigrants, regardless of their status. Those cards would have been used only for driving, not for purposes like identification.

This month, she filed a new bill changing the driving privilege cards to driver’s licenses. She said she did so after consulting with immigrant advocates in New Jersey and reviewing California’s system. Quijano plans to visit California soon and present findings to Christie’s office and state lawmakers.

“I know there are going to be challenges, and we will address them,” Quijano said. She stressed that the proposed law would require immigrants in the country illegally be “tested, trained, licensed, insured and accountable.”

“Getting unlicensed drivers that are untrained, untested and uninsured off the road is our goal,” she said. “The governor is welcome to his position, which is more political than it is policy-related, but it is up to us to educate the public, who can then persuade the governor to sign this legislation. Our goal is to have safe drivers on the roads of our state.”

But Ron Bass, founder of United Patriots of America in New Jersey, opposes the bill, saying it would violate federal immigration law. He also questioned how state motor vehicle offices would authenticate documents presented by foreign-born persons. People who have entered the country illegally, he said, have not been vetted by authorities.

The MVC staff “may know who you claim to be,” he said, “but your records from your country of origin are not looked into.”

There are more than 500,000 immigrants without legal permission living in New Jersey, and about 464,000 could benefit if driver’s licenses were available to them, according to a report last year by the New Jersey Policy Perspective.

Chavarria, of Paterson, is among them. More than a decade ago, she came from Costa Rica on a tourist visa, which has since expired. For years, she said, she drove with a Texas license but, when it expired a few years ago, she could not renew it. She drives only locally for the most part, she said, tending to her family and sometimes going to Bergen County to clean houses.

The mother of two said having a driver’s license also would provide valid identification. “By not having documents here,” she said, “you get discriminated against.”

Carlos Guaran of North Bergen bicycles each week to Palisades Park, seeking day work in landscaping and construction. Not being able to drive, he said, has limited his prospects, but he fears being stopped on the road by police.

Tomas Sipak, another day laborer seeking work in Palisades Park, said he’s lost opportunities when he’s had to reveal he doesn’t have a license. “A few people said that if I had a license they would get me a permanent job,’’ he said.

This year, the New Jersey Alliance for Immigrant Justice, a statewide coalition, is educating the public about the driver’s license bill. So far, it has gotten six municipalities to pass resolutions supporting the legislation. On Thursday, Newark became the first city in the state to approve giving city-issued identification cards to immigrants in the country illegally, another cause the coalition has advocated.

Those cards can be shown to police in Newark and used to open bank accounts, advocates said. New York City launched its immigrant identification card this year.

“We have been pushing for the identification cards because we need some sort of identification if the licenses are not moving right away, so we are doing both,” said Calle.

A community forum on the licensing issue is set for July 18 at the Cathedral of St. John the Baptist in Paterson.

In November, an Oregon referendum rejected allowing licenses for immigrants in the country illegally.

President Obama’s executive action aimed at giving temporary protection from deportation to millions of immigrants in the country illegally has stalled in the federal courts. And Zapata, the Wind of the Spirit official, said “something like this, that will involve more people, will bring people hope,” as immigrants await those court decisions.

Obama’s 2012 executive action shielded unauthorized youth and young adults from deportation if they had been brought into the country as children. Ann Morse, program director of the Immigration Policy Project at the National Conference of State Legislatures, said that besides the concern for safety and to get unauthorized immigrant drivers insured, the executive action has spurred a growing number of lawmakers who want to extend driving privileges. The young adults who qualified for the deportation waivers received work permits and Social Security cards, and in many states, including New Jersey, are able to get driver’s licenses.

“That,” Morse said, “gave people a new frame to look at the issue and say, ‘Perhaps we need to see what our legislation, our regulations say and should we be considering the public safety aspects of this as well as the national security aspect of this?’”

View the original story at:  http://www.northjersey.com/mobile/news/debate-on-immigrant-driver-s-licenses-simmers-in-n-j-1.1341321
Posted by LAN at 11:54 AM No comments: